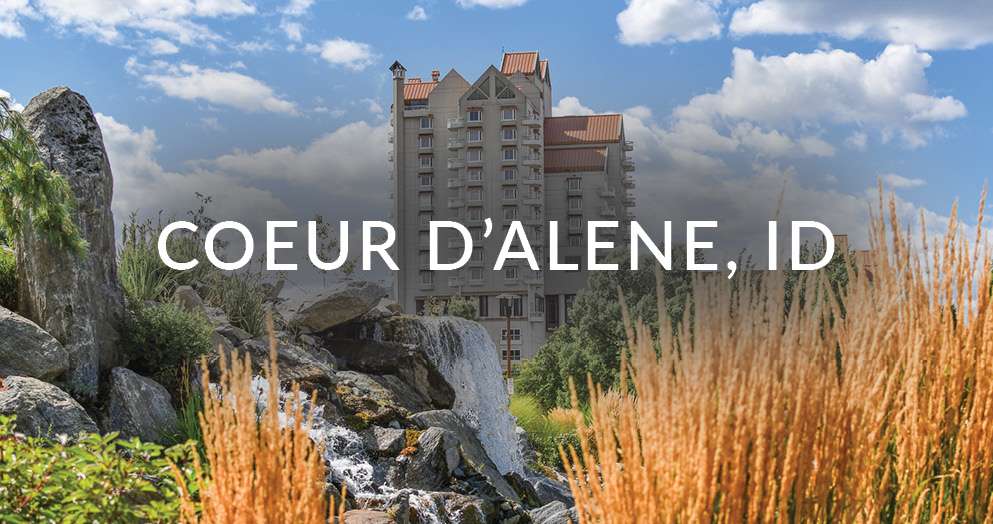 Known as the lakeside playground of the Pacific Northwest, Coeur d’Alene, ID, is our next community spotlight. Please give a round of applause to Coeur d’Alene!

In the early 1800s, the Northwest Fur Trading Company established a fur trading post north of what is now the city of Coeur d’Alene. During that time, some of the French speaking traders called the Schitsu’umsh people, the tribe who traded there, “Coeur d’Alene.” Coeur means heart and alene means awl, which is a sharp pointed tool used to pierce leather, meaning they were sharp traders. Within a few years the tribe became known as the Coeur d’Alene tribe, and the lake at the center of their homeland became Lake Coeur d’Alene. Today, the city is the center of business and recreational activities in the Inland Northwest. Watersports, hiking, golfing, dining, and lake cruises make up just a few of the things Coeur d’Alene has to offer.

In between the Spokane River and Northwest Boulevard is Alliance Title’s Coeur d’Alene branch. This team brings a combined 220 years of experience to help you with all of your title and escrow needs! They strive to set themselves apart from the competition by doing their best at being good problem solvers. “Their desire to avoid the word “no”, timeliness, and enthusiasm as a group,” are things that help differentiate them.

Getting involved is so important to the Coeur d’Alene team because of the love they have for their community. Each year they participate in Alliance Title’s Closing the Hunger Gap food drive and are able to contribute over $3,000 and thousands of pounds of food to their local food bank. They value being active in the community, contributing to or attending any fundraisers they can, and holding a big community get together every year. The Alliance Title branch in Coeur d’Alene has consistently been recognized as a top place to work in the area.

The Coeur d’Alene team loves a good joke, and having a fun time. In their submission to be recognized as a community spotlight, they included many interesting team member talents. “Jack Wheir, Sr. Vice President & Branch/Area Manager, is a pro golfer on the video game Golden Tee; he owns many World Records for the game. Jared Janke, Assistant Vice President & Sales Manager, likes to do “noodling” in his free time where he catches huge catfish bare handed. Autumn Cannon, Title Officer, can sing opera. Korrie Schlotmann, Business Development Representative, is a roller derby star. Priscilla Miller, Receptionist/Administrative Assistant, was a finalist for dancing with the stars. Don Wilhelm, Title Officer, owns many World Records for eating; he is also a professional eater.” They are always up for a good laugh!

This team appreciates their customers’ loyalty, friendship, and willingness to have their backs. Whether you’re buying or selling commercial or residential property in Kootenai County, the professionals at Alliance Title’s Coeur d’Alene location would be delighted to help make your next transaction a success! Give them a shout out on their Alliance Title Coeur d’Alene Facebook Page!